West Nile Street runs through the City Centre from Cowcaddens in the north, to Argyle Street at the heart of the city. On a good day, I can do the length of it in one pedal revolution on my bike on my way to work from the west end to the Gorbals. Those days are brilliant.

In recent months, a lot of new businesses have opened up on the street, including a major new office block backed on to the beautiful old Odeon cinema, which looks less and less beautiful with every passing day that it’s lain empty. It’s looking like a ‘real’ city.

Today, on my return journey I had a difficult cycle uphill on West Nile Street, pausing to allow a car to overtake me before turning left right in front of me, as the few provisions made for cyclists are largely ignored, and cycling in Glasgow’s city centre is regularly an overly-exhilarating experience.

While making the journey I was thinking about today’s incredibly sad news that Glasgow City Council’s licensing board had claimed their scalp and the Arches had been forced into administration, thanks to the decisions made by the board. 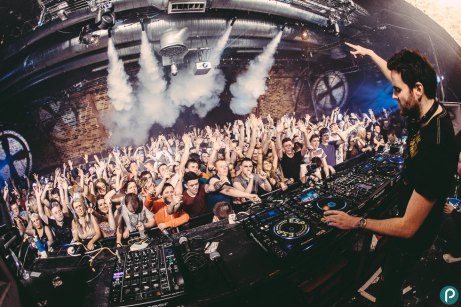 The Arches, in their diligence in reporting drugs offences, had created an administrative headache for Glasgow City Council and Police Scotland. Their punishment has been to have their late night licence taken away, and their main source of revenue cut off. Funding from club nights and bar takings funded some of the most incredibly awful and incredibly inspiring nights of theatre I’ve had in this city. But it’s all been there and accessible to me because of revenue from other aspects of the Arches’ operations. There is no way that private donors’ money or public funds are going to go towards some of the batshit crazy stuff that appears at the Arches. It is an organisation willing to put the funds generated towards supporting those amongst us that dream big, and sometimes fall hard in reaching for those dreams. 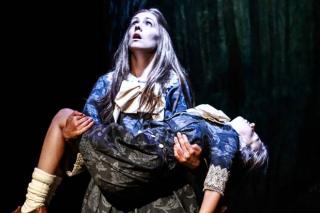 I also don’t think it a coincidence that this is amongst a number of really eyerolling-ly backwards decisions our Labour – led council has made since 18 September 2014.

It’s almost like they’ve written off the support they might normally expect from Glaswegians, who bucked the trend of the rest of Scotland and voted for some progressive change to government, and are instead chasing a middle ground, who think our city’s very real drugs problem can be solved be closing down a venue, and are still likely to turn out and vote in the 2016 council elections.

So what have we been left with? Well, on my cycle up West Nile Street I can see we have recently welcomed, or are about to see, branches of Ask, Las Iguanas, Patisserie Valerie, Carlucciuo’s, Giraffe, Cote, Bill’s and Handmade Burger Co. These join city centre branches of Wagamama, Five Guys, Las Tasca, Prezzo, Zizzi , Jamies’ Italian plus many others. None of which would ever draw me to the city centre.

We are constantly being told that Glasgow’s biggest tourist market is the rest of the UK. If we continue to ignore the things that make us truly unique and keep homogenising our beautiful streets to look the same as every other UK provincial city, we may find our UK visitors and home visitors find less and less to tempt them from weekends in shopping centres to visits to living, thriving, thinking, creative city centre.

Today’s announcement from the Arches is incredibly sad, and has far – reaching consequences beyond the tragic loss of employment for the staff and artists who work there (Andrew Eaton – Lewis unpicks some of Glasgow’s artistic family tree, finding its roots under the Arches  in a great blog post) . So much of Glasgow’s cultural life is built upon the work of the Arches, and in a week that’s seen plenty of crowing about the successful legacy left by the Glasgow 2014 Commonwealth Games, we’ve lost one of our most fertile producers of work in this city.